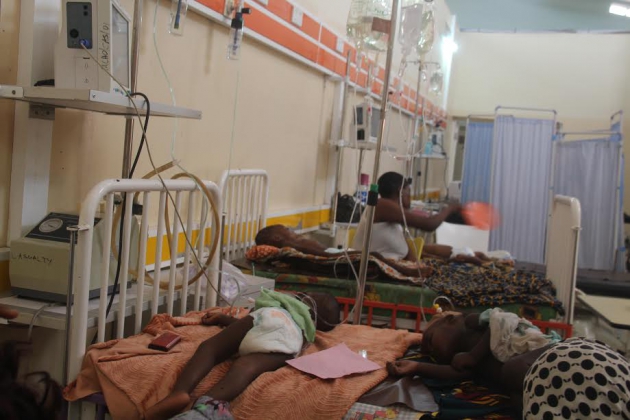 After losing her fourth child during delivery at the house of her regular traditional birth attendant (TBA), 42 year–old Kemi Ariyo contracted spiritualists to get to the root of her problems. “I was widely accused to be a witch as a result of the demise of my babies,” Kemi said. “So I approached the spiritualists who pray for pregnant women and see to the delivery of their babies”.

The delivery of the fourth happened in a thatched roof house with three spiritualists around her in her native Ode Ugbo, a riverine community in Ondo State. But in spite of their weekly prayers and their presence during the delivery, the baby was lost to still birth .

Ariyo’s case may be extreme but generally indicative of the problems that women in rural Nigeria face. Almost on a daily basis, women in her situation consult spiritualists who charge between 15000 naira and 25000 ($48 -$79 ) per delivery – who claim to be praying and fasting and would consistently administer local herbal concoctions (Agbo) to these women between the period of pregnancy and delivery.

According to the National Demographic Health Survey, 2008, Ondo state had a maternal mortality ratio of 742 per 100,000 live births with worse indices at the facility level. Nigeria records one of the world’s highest rates of maternal deaths, with the country being the largest contributor of maternal deaths globally and second largest of under – five deaths with India being the first.

Most families especially those in rural communities – characteristically uneducated and economically disadvantaged – are at the mercies of spiritualists, and unskilled traditional birth attendants that they consult to deliver their babies. “We trust the outcome will be divine, we never trusted government hospitals” explains 60 year- old Taye Idowu in Yoruba.

One day, however, Madam Taye, a former traditional birth attendant now maternal health evangelist approached Mrs Ariyo and appealed to her to stop patronising spiritualists, “I told her that the unskilled birth attendants are the reasons she has been childless” she said.

Taye is part of a corps of maternal health evangelists, mostly reformed traditional birth healers under the Ondo state government’s ‘Agbebiye’ programme – an incentive based referral programme. The TBAs are encouraged to refer their ‘patients’ to the orthodox clinics and earn money. She and others in the 18 local governments of Ondo State are part of the Agbebiye Initiative – a community – based approach and a primary health care model aimed to further improve community ownership to reduce maternal health to zero.

When questioned how she succeeded in persuading the health care providers to stop tending to Ariyo, she explains that she simply reiterated the birth techniques and the dangers she was now aware of. “We were all together in the same community, and I was part of the trade – we use broken bottles to cut the umbilical cord immediately the women deliver their babies, some get home and die from infection. We did not know it was bad.”

I paid a visit to a Comprehensive Health facility Centre in Oba’ile – Ondo South where a 34 year- old trader, Aderoju Fumilayo strapped her new-born baby who was obviously dazed with the heat and noise to her back. As she waited within the premises while women gathered for antenatal care to be attended to, she narrated her experience birthing three of her four kids. She compared those births by the traditional birth attendants to what is obtainable at the health Centre.

“I was normally asked to give them kerosene, Omo, Dettol, Detergent, and 10,000 naira as payment and conduct my babies naming ceremony there before they deliver my babies – I lie on a bench (typically made of wood) sometimes on the bare floor to deliver my babies”, she said.

Standing beside Funmilayo at the health Centre is a 65 – year –old, Olayiwola Fagoroyo, observing as a middle age nurse attends to Funmi. I am told she’s an “Agbabiye Vanguard” – she moves around with the women she refers to this health Centre’ making sure they go for antenatal, deliver the babies at the referred health Centre’s, and ensure the children are properly immunized to prevent mortality.