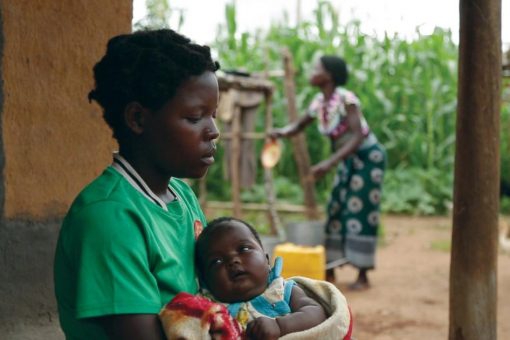 I am very excited, albeit cautiously, because the Federal Government has vowed to tame that monster called child marriage. But I am cautious because the forces   government will confront, even if the willpower is there, to win this battle are monstrous. Some of these forces are within government circles. But win we must because there is nothing good about child marriage. In fact, child marriage is paedophilia dressed in legitimate robes.

Two Tuesdays ago, the Federal Government, through the Vice President, Prof. Yemi Osinbajo, inaugurated the Campaign to end Child Marriage and the Strategy Document 2016 to 2020, pledging the Federal Government’s commitment to ending child marriage in Nigeria. He equally unveiled the logo. Happily the campaign is the brainchild of the Federal Ministry of Women Affairs where Senator Aisha Alhassan holds sway and it is happening when Muhammadu Buhari is president.

The United Nations International Children’s Emergency Fund (UNICEF) defines child marriage as, “a formal marriage or union before 18 years of age.” Marriage is for adults, not children. Like voting and driving, anybody going into marriage should be at least 18 years, the beginning of majority. I am a strong believer in early marriage, but my preferred minimum age is 20.

Medically, child marriage is dangerous to the health of the female. Their reproductive organs are not fully developed for pregnancy and childbirth, contrary to arguments in some circles that once a girl starts menstruating, she is mature enough for marriage. According to statistics, girls under 15 years are five times more likely to die during childbirth than women in their 20s.

They are also more prone to pregnancy and birth-related injuries like Vesicovaginal Fistula (VVF), “an abnormal fistulous tract extending between the bladder (or vesico) and the vagina that allows the continuous involuntary discharge of urine into the vaginal vault.” Many of the sufferers of VVF all over the world are teen mothers.

As is mostly the case from Nigeria to Mali, Cameroun, Bangladesh, Sri Lanka and India, their husbands abandon them due to the stench that results from uncontrolled discharge of urine and sometimes faeces. It does not matter that they partly caused the problem. Some of these much older husbands also infect their teen wives with HIV virus and other sexually transmitted diseases.

I believe that every child should have a minimum of secondary school education. But when she is married off at a tender age, she loses this opportunity. At risk, with the loss of this opportunity, is the opportunity for her full potentials to blossom. God has deposited special gifts and talents in every one of us, but without the right environment and development, these potentials will not manifest.

Nigeria would probably not have had Dr. Ngozi Okonjo Iweala, the late Professor Dora Akunyuli and many other great women, if they were married off as children. Prof Osinbajo captured it when he said, “Every nation is endowed by God with resources and talents….The talent He gives a nation include men and women….We as human beings must not bury the talents that God has already provided.’’

Even though marriage is a family affair, especially in Africa and South Asia, it is still a personal matter. The person going into it must therefore give her consent voluntarily. She must be of age of maturity to determine what she wants. These children being forced into child marriages are denied their freedom of choice and association; their childhood is stolen and they are thrust into an institution they do not understand and entrusted with responsibilities they are ill-equipped to handle.