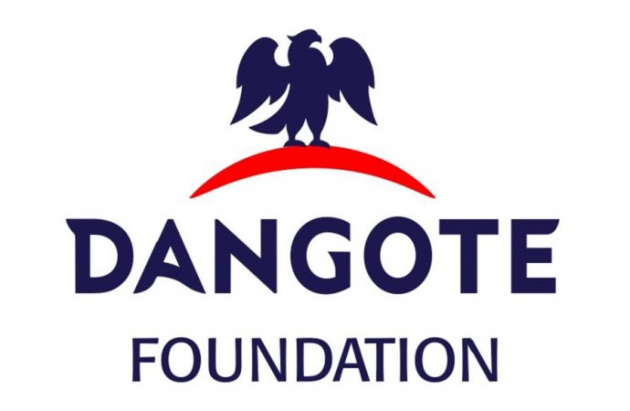 With Nigeria accounting for 300, 000 out of 100 million deaths arising from Malaria complications worldwide annually, the Dangote Foundation is set to launch a private sector policy documents aimed at reversing the trend.

The Dangote Foundation said it was championing the total eradication of Malaria in Nigeria because the malaria deaths cases recorded yearly makes Nigeria the country with the highest number of malaria casualties in the world.

Chief Executive Officer of Dangote Foundation Zouera Yousoufu disclosed in Lagos that the Foundation dating is set to launch on Monday a document on Private Sector Engagement Strategy to Eliminate Malaria in Nigeria in collaboration with The National Malaria Elimination Programme (NMEP), of the Federal Ministry of Health.

Titled “Engaging the Private Sector to Eliminate Malaria in Nigeria”, Zouera said the document was a result of months of planning, surveys and deliberations with key private sector leaders and important stakeholders.

According to her, Nigeria has 25% of the world’s disease burden of malaria and reports more deaths due to the disease than any other country in the world. Malaria is responsible for a significant number of deaths of women and children every year.

“It also accounts for 60% of outpatient hospital visits and 30% of hospital admissions. An estimated $1.1 billion (N480billion) is lost annually in Nigeria due to malaria-related absenteeism and treatment costs.

“With the significant role the private sector already plays in the Nigerian health industry and the economy as a whole, and the recent near success in the fight to eradicate polio in the country, it is only natural to leverage the private sector’s strengths and unique capabilities in accelerating the efforts targeting a malaria-free Nigeria. Hence, the development of this strategy document by the NMEP.

The Dangote Foundation boss disclosed that her Foundation was working closely with the private sector organization, Anadach Group to come out with a policy document proposal that addresses the scourge of malaria and how to eliminate from Nigeria once and for all.

Despite so many gains in malaria prevention and treatment in Nigeria, the widespread prevalence of counterfeit, substandard medicines is said to be contributing to the alarmingly high number of malaria deaths and costs of health care in Nigeria.

According to the Nigerian National Malaria Strategic Plan 2014-2020, malaria is responsible for 60 percent of outpatient visits to health facilities, 30 percent of childhood deaths, 25 percent of deaths in children under one year, and 11 percent of maternal deaths,” he said.

It would be recalled that the US government, through the U.S. President’s Malaria Initiative (PMI) and the U.S. Agency for International Development (USAID), announced the launch of “Make a Difference” hotline and reward programme that will offer up to $10,000 for information concerning the illegal distribution of stolen and falsified anti-malaria medication in Nigeria.

Explaining why Dangote Foundation is involved in the struggle to eliminate malaria from Nigeria Yousoufu lamented that Malaria has remained a major public health problem in Nigeria. “It accounts for over 60% outpatient visits and 30% hospital admissions in Nigeria. The disease has impacted negatively on the economy with about N132 billion lost to the disease as cost of treatment and loss in man-hours.

“Malaria is an infectious disease caused by the parasite of genius Plasmodium. The four identified species of this parasite causing human malaria are Plasmodium falciparum, P. vivax, P. ovale and P.malariae.

In Nigeria 98% of all cases of Malaria is due to Plasmodium falciparum. This is the species that is responsible for the severe form of the disease that leads to death. It is transmitted from bites of an infected female anopheles mosquitoes to man.

“Malaria is highly endemic in Nigeria. It poses a major challenge to the country as it impedes human development. It is both a cause and consequence of underdevelopment and remains one of the leading causes of morbidity and mortality in the country (2). Malaria accounts for about 63% (1) of all visits to public health facilities (Out-patient –attendances).

“Thirty percent of hospital admissions are also due to malaria. It is responsible for 29% of childhood death, 25% of infant mortality and 11% of maternal mortality (3, 10).

“The economic loss to Nigeria due to malaria is estimated at N132 billion annually (RBM) due to loss of man hours resulting from sickness absence and cost of treatment. It is a major cause of absenteeism from work and school. It contributes to poverty and results in poor pregnancy outcome.

“The burden of the disease has been a major source of concern to Government and development partners. The expression of this challenge has been translated through many instruments: such as Abuja Declaration in year 2000, Millennium Development Goals to reduce disease burden by 2015 and Universal Access to HIV/AIDS, TB and Malaria (ATM) in 2006.