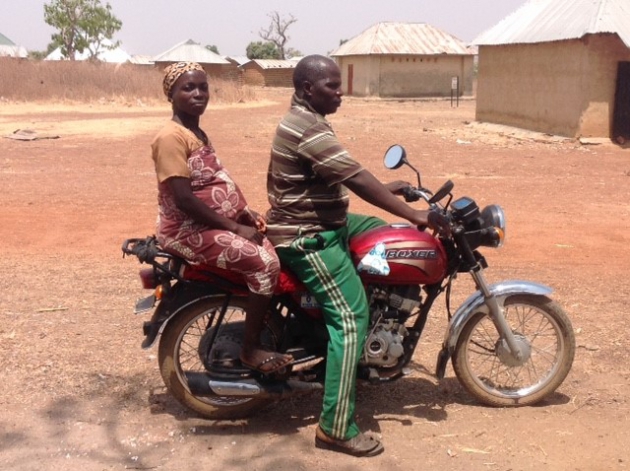 Access to and utilization of healthcare services is related to the availability of the right type of care for those in need, financial accessibility, quality of care, geographical accessibility, and acceptability of service provided.  In developing countries like Nigeria, access to quality health services in the public sector has been a universal challenge owing to the aforementioned factors. The state of the Nigerian public health system is largely dysfunctional and grossly under-funded. As a result, Nigeria still has one of the worst maternal and child health indices in the world and sadly accounts for 10 percent of the world’s maternal deaths.

Studies have found challenges in rural communities such as huge shortage of qualified practitioners, and in many cases high rates of absence among health professionals (such as medical doctors, nurses and midwives), insufficient health infrastructure, socioeconomic and physical barriers. Not much attention is paid to equity in the planning and distribution of health care facilities in rural communities compounded by difficult terrain and physical environment that make further limit access to healthcare services. These and other factors contribute to the high level of maternal and child mortality and morbidity observed in rural communities in Nigeria.

When Notagain Campaign media team visited Jankasa Village in Kujama, Chikun Local Government Area of Kaduna state, they found that the villagers are being deprived and neglected of basic infrastructural developments – most of which are concentrated in urban centres. These infrastructures range from limited or no access to modern farm implements, productive resources and schools, portable water, good feeder roads, irrigation facilities and, most importantly, health facilities. The residents condemned the absence of healthcare facility which according to them has resulted in high rate of deaths among pregnant women in their community.

Jankasa village is located about 25km away from Kaduna metropolis with a population of over 300 people. According to a youth leader in the community, Garba Gajere, it has been in existence for over 50 years and had never enjoyed any form of infrastructural development.Garba Gajere narrated, “The closest Primary Health Centre to our community is 15 kilometres. Most of us here don’t have cars. We only use our motorcycles. You can imagine taking a woman in labour on motorcycle to hospital. “Just last year we lost about 3 women who died during labour. We don’t know how many we are going to lose again. We believe if the government can help us to set up a primary healthcare centre here in our village it will go a long way to save our women and children from dying”.

He lamented on the deteriorating state of the only road linking the community with other communities. “The road is too bad that vehicles and motorcycles find it very difficult to ply it, particularly during rainy season. Apart from the bad shape of the road, bandits too do terrorize passers-by in the night. “This is why if we are conveying a sick person to hospital in the night we always go in groups.” he said. “When a woman’s labour comes at night, we use motorcycle in company of four-to-five others as escort to covey her to hospital,because the road is not safe; attackers can block the road to rob the people of their belongings. But most times they give birth at home with the help of other women.” Gajere also said the villagers lack adequate water and called on the local and state government to come to their rescue by building a health facility in Jankasa as they have vast land to offer for the development of a clinic.

In his remarks, Deputy Youth Leader, Ezekiel Garba said, “we need assistance because we are in need of health facility in the village to save our wives”.

A pregnant woman, Asabe Jushua and a mother of two, said she preferred to give birth at home than going to hospital. “The suffering of going to hospital makes me prefer to deliver at home. Women are really suffering in this village so we need a health centre in Jankasa village,” she said. Anotherpregnant woman, Mrs. Tina Iliya, a resident of the community, called on government to build a health facility in the area. She said they do not have even a chemist to procure Panadol or take their children to when they fall sick. For Mrs. Iliya, facility visit for antenatal service is unappealing to her; she hopes to deliver at home. She said, “I hope to deliver at home when my time is due. For instance, I don’t go for antenatal because of distance; I do not know my expected date of delivery, so I am just hoping, when it comes, I will deliver at home.”

Rhoda Ezekiel, a mother of two, said, since her pregnancy, she went for antenatal thrice at the general hospital in Kujama where she gave birth, but however, called on government to see the possibility of setting up functional Primary Healthcare Centre closer to the people in rural areas so as to save women from dying due to inaccessibility to health facilities.

Visit by NOTAGAIN Campaign media team to Shuwarin community in Kiyawa local government area of Jigawa State revealed that the existing primary health centre is in a very poor state; there is no electricity supply to the facility and the only solar panel being used was stolen and has since not been replaced. The health centre shares borders with a market where lot of waste is generated, particularly on market days waste including human faeces. Security is a major challenge as the fenceless facility has no security personnel employed by the Local or State government except volunteer residents who only work a few hours during the day. Furthermore, the facility is not well maintained as they have not received running cost for the past nine months. The team found that women were willing to patronize the health facility but they are not adequately attended to which discourages them. Residents of Shuwarin community called on the government to upgrade the facility to standards in terms of structure, personnel and provision of essential commodities to give women and children access to quality healthcare.