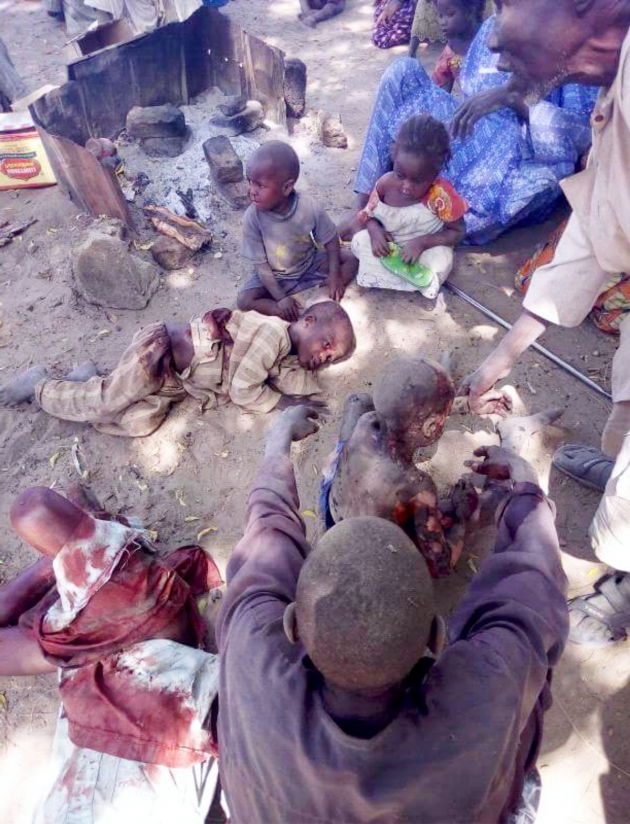 THIS is not your typical captivating news story. If it were, you would see gruesome imagery of Amidu Subair, 4, in painted words. You will see his sunken eyes, scaly skin and parched lips. You will see his distended belly strain with ribs that cut through it, like tyre tracks on Borno’s dirt roads.

You will see him vomit his milk ration because his body is too weak to ingest food. Then you will see lurid portraiture of Borno’s camp for Internally Displaced Persons (IDPs) like a zoo. You will read of Amidu, his mother, Halima, and other IDPs like caged animals in the zoo.

But this is hardly a gothic fable, hence you won’t read of dying kids and forlorn mothers living like caged animals in Borno’s IDP camps.

This is a story of survival. It is the story of four-year-old Amidu and his mother, Halima’s undying passion to keep him well-nourished and alive. Halima, 33, desperately clings to hope as she nourishes her beloved son and only surviving fruit of her womb to good health.

Amidu’s four siblings and his father, Abu, were hacked to death on a hot afternoon in Bama, when the rampaging hordes of terrorist sect, Boko Haram, invaded their home. Thus the four-year-old is bereaved widow, Halima’s only surviving child and evidence of her 10-year marriage.

This is the story of Fatimata Ali, who fled Bama after Boko Haram hacked one of her children to death and she watched helplessly as four of her other kids drowned in a river, while fleeing the bullets and cudgels of Boko Haram’s terror squads.

Fatimata had 11 children and she was heavily pregnant with Fatima Kaomi, her last child, when Boko Haram struck in her community. The terrorist group set her house ablaze and shot hot lead into her son killing him instantly. While her son breathed his last, Fatimata fled Bama with the rest of her children. Her husband had already fled with five of their children.

Fatimata fled into the bush from where she was eventually rescued and granted safe passage to the Dalori IDP camp in Maiduguri. She gave birth to her last child, Fatima Kaomi, in the camp soon after her husband died of a protracted illness. Fatimata believes her husband died of heartbreak over the death of his five children.

Fatimata lives in extreme agony too. It was so painful to watch her dab the tears from her eyes as she revealed that she still has nightmares of her children’s death. Fatimata eventually developed high blood pressure from the miseries she had been through.

Unlike Fatimata, Hanatu, 28, was asleep when death came knocking. She started from sleep to see silhouettes behind her window and before she could piece together the unfolding drama, the pungent smell of fumes wafted in to her bedroom.

Her eyes stung from the flumes and droplets of fire falling from her burning ceiling. Her roof crackled as the wooden beams yielded to the tongue of the fiery flame ignited atop her home by the rampaging terror squad of Boko Haram.